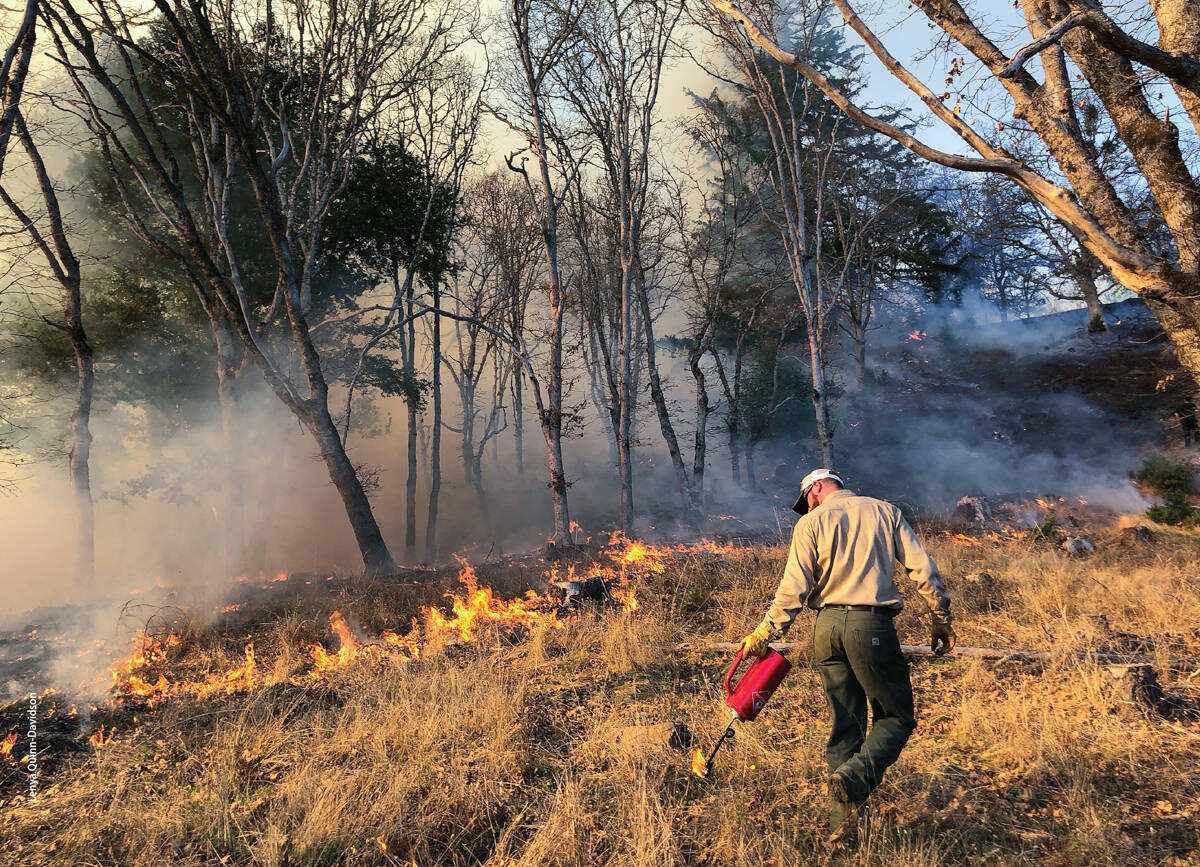 Note: This is the first blog in a 4-part series on solutions to address the impacts of wildfire on agricultural communities.

The frequency and severity of catastrophic wildfires are increasing in California for a combination of reasons, including: climate change, a century of fire suppression, past logging practices, the dislocation of indigenous peoples and their longstanding cultural fire practices, increased human-caused ignitions, and increased development in high fire-risk areas.

Wildfires have a range of impacts on the state’s agricultural communities. These include exposure to toxic air pollution, direct fire damage to farms and ranches, smoke damage to crops, forced evacuations, increased insurance premiums in rural areas, post-fire soil erosion, and negative impacts to water quality.

One recent University of California study estimates the total economic impact of the 2018 fires alone was $149 billion – equivalent to roughly two-thirds of the state’s pre-pandemic budget. Wildfires also contribute high levels of greenhouse gas (GHG) emissions to the atmosphere. The California Air Resources Board estimates the 2020 wildfires alone released 112 million metric tons of carbon dioxide (Figure E-1), which is equivalent to roughly one-fourth of the state’s total GHG emissions in 2018.

A problem of this scale and complexity requires urgent action and multiple solutions. One of those solutions is controlled burns, which are sometimes referred to as prescribed fire/burns or cultural fire/burns in the context of indigenous land stewardship.

Many tribes in California have used controlled burns to steward fire-adapted landscapes and protect their communities for thousands of years. In Tending the Wild: Native American Knowledge and the Management of California’s Natural Resources, USDA-NRCS ethnoecologist M. Kat Anderson writes: “Fire was the most significant, effective, efficient, and widely employed vegetation management tool of California Indian tribes…the fire scientists Robert Martin and David Sapsis estimate that between 5.6 million and 13 million acres of California burned annually under both lightning and indigenous people’s fire regimes.”

“Our relationship with fire is one that is supposed to be natural to place. Revitalizing our human-fire relationships is paramount to the preservation of our cultural identity. This is why we separate prescribed fire from cultural burning in the discussion. We can prescribe all the fire we want, and we can use it as a great shared stewardship and shared learning tool; but until our relationship with fire resumes its place as a cultural process that aligns with indigenous socio-ecological functions relevant to our homelands, we will not even begin to address the impacts of an era of fire exclusion coupled with climate impacts.”

Dr. Crystal Kolden, a Professor of Fire Science at UC Merced, wrote in the journal Fire in 2019: “The scientific literature has repeatedly reported that prescribed fire is often the most effective means of achieving such goals by reducing fuels and wildfire hazard and restoring ecological function to fire-adapted ecosystems in the United States following a century of fire exclusion.” Despite the scientific consensus and economic case for controlled burns, Dr. Kolden’s research found that the amount of acreage that has been subject to controlled burns has remained stable or actually decreased in the past two decades. This “fire deficit” is the result of many factors, including a number of challenges we summarize below.

To address the state’s fire deficit, CalFIRE’s latest Forest Carbon Plan sets a target of implementing approximately 500,000 acres of vegetation treatment, which includes both thinning and controlled burns in non-federal forests, woodlands, and chaparral ecosystem per year. To achieve those targets, individual land owners, tribes, businesses and nonprofits – which collectively own approximately 40 percent of the state’s forests and a sizeable share of the state’s grasslands – will all need to play a role.

Several tribes are actively seeking partnerships with government agencies that respect their sovereignty and enable them to re-introduce controlled burns to the landscape.

Many farmers and ranchers, tribes, and fire and rangeland experts have also recently organized themselves into Prescribed Burn Associations (PBAs), which UCCE Fire Advisor Lenya Quinn-Davidson describes as “community cooperatives for prescribed fire.” To further facilitate the implementation of controlled burns, the state will certify its first class of “burn bosses” in 2021, thanks to a program established by SB 1260 (Jackson) in 2018.

Challenges to Scaling Up “Good Fire”

With all of this growing interest in controlled burns, what is stopping California from scaling up this practice?

This fall, we interviewed fire experts and practitioners, including ranchers.  Based on those interviews, the following policy recommendations can further scale up controlled burns in safe and sustainable ways:

It is still early days in the 2021 legislative session, but already more than a dozen wildfire-related bills have been introduced. Budget hearings are also now underway to discuss, among other things, the Governor’s proposed $1 billion investment in a comprehensive wildfire resilience package. We look forward to advocating for the solutions above throughout the process.

Up Next: Stay tuned for the second blog in our 4-part series on prescribed grazing.