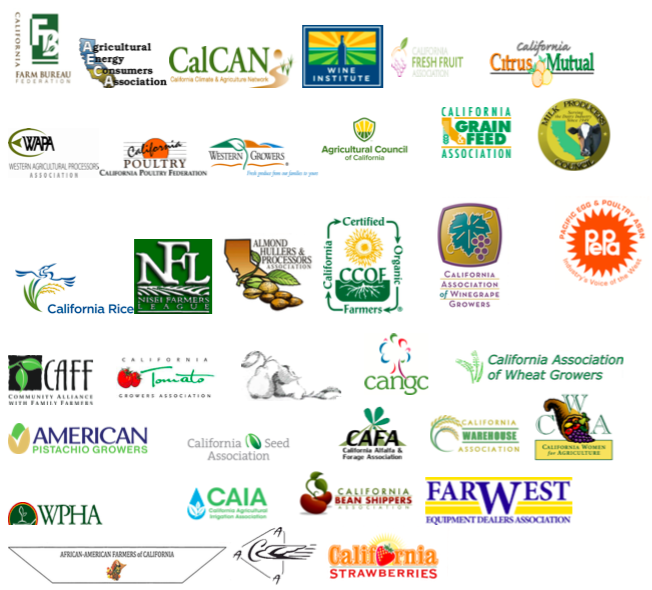 Twenty-Three State Legislators Join the Cause

Last Thursday, a diverse group of California’s leading agricultural trade groups and advocacy organizations banded together to protect the future of on-farm renewable energy in the state.

This ad-hoc coalition of thirty-five organizations, mobilized by CalCAN alongside the California Farm Bureau Federation, Agricultural Energy Consumers Association, and the Wine Institute, delivered a letter to the state’s Public Utilities Commission (PUC) in San Francisco.

In the letter, we call on Commissioners to preserve a key feature of the state’s renewable energy program, Net Energy Metering Aggregation (NEMA). NEMA, a critical tool for growers who wish to generate their own renewable energy, became a reality after CalCAN and partners supported the passage of Senate Bill 594 (Wolk) in 2012 and ushered it through a drawn-out implementation process.

As we have discussed before, the PUC is currently considering drastic changes to the state’s renewable energy program, and one possible side effect is that NEMA could be eliminated. Such an outcome would greatly discourage the growth of on-farm solar and other forms of agricultural renewable energy, despite the clear benefits to both growers and California as a whole.

CalCAN Associate Policy Director Adam Kotin hand-delivered the group letter to the offices of the Public Utility Commissioners. Through our coalition partner California Certified Organic Farmers (CCOF), we have spent the last year making the case for preserving NEMA while serving as a party to the PUC regulatory proceeding that will determine the outcome.

And yesterday, a bipartisan group of twenty-three state legislators joined the effort, led by Senator Lois Wolk (Davis). Senators and Assemblymembers from all across California called on the Commission to preserve NEMA in a ‘viable’ form, highlighting the program’s successes and tremendous potential.

The Commissioners are required to rule on the matter by the end of 2015. Through our organizing efforts within the agriculture community, our communications with state legislators, and our advocacy at the Public Utilities Commission itself, we hope to secure a sunny future for on-farm renewable energy that benefits everyone.