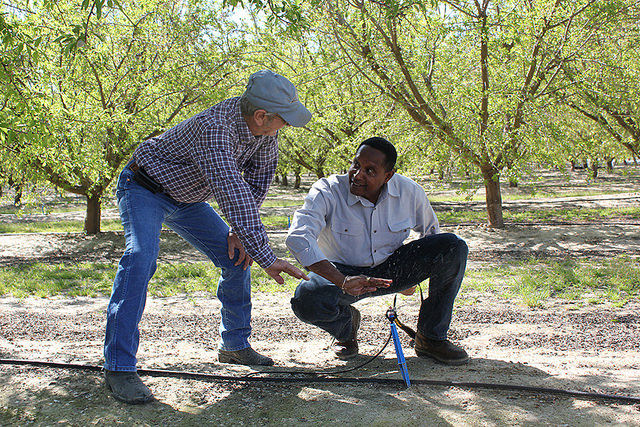 CalCAN is a member of the National Sustainable Agriculture Coalition (NSAC). We occasionally repost their blogs on key federal policy issues. Last week, the House Agriculture Committee Chair released a draft farm bill.  Below is NSAC’s analysis on the working lands conservation provisions in the House bill. NSAC has a series of important blog posts on the proposed farm bill, found here.

The Chairman’s press materials claim that the bill is prioritizing working lands conservation by “folding the best features of the Conservation Stewardship Program into the nation’s flagship incentive-based program for voluntary conservation – the Environmental Quality Incentives Program (EQIP).” However, this is simply not true.

CSP and EQIP are separate programs for a reason – they each have unique roles to play in enhancing the sustainability of American agriculture. CSP helps farmers and ranchers implement advanced conservation stewardship systems to address priority resource concerns on their land. EQIP, in contrast, is more of an “on-ramp” to working lands conservation, and provides cost-share assistance on a one-time basis to help producers implement specific conservation practices.

The draft bill proposes to add “stewardship contracts” into EQIP, with the purported intention of retaining the core elements of CSP. However, the proposal eliminates nearly all of these core elements – the comprehensive conservation approach, the inclusion of the entire farm in stewardship efforts, and the eligibility requirement to reach a decent environmental stewardship level before enrolling. Furthermore, the bill would cut funding for stewardship practices by as much as 100 percent by placing a ceiling, rather than a minimum floor, on the amount of total funding that must go to stewardship contracts within EQIP.

Adding insult to injury, in addition to eliminating incentives for the most effective conservation activities, the Chairman’s bill would also make infrastructure activities for concentrated animal feeding operations (CAFOs) eligible for stewardship contracts for the first time, a practice currently prohibited by CSP.

The following chart outlines the devastating effect the Chairman’s draft bill would have on working lands conservation efforts by comparing current CSP standards (“CSP Best Features”) under current law with the draft bill’s plan for an “enhanced” EQIP:

To learn more about the current structure, terminology, and benefits of CSP, see NSAC’s online publications: Grassroots Guide to Federal Farm and Food Programs and Farmers’ Guide to CSP.

While there is indeed room to make improvements to CSP in the next farm bill, the wholesale elimination of the nation’s largest conservation program is the opposite of a thoughtful approach. Reforms to CSP should focus on increasing conservation benefits and program accessibility, and NSAC remains committed to working to protect and enhance CSP as the farm bill process moves forward.

America’s family farmers and ranchers rely on Congress to deliver a farm bill that gives them the best opportunities to feed their neighbors, earn a decent living, and keep their lands sustainable and healthy – this, sadly, is not that bill. NSAC urges both the House and the Senate to commit to bipartisan reforms in the 2018 Farm Bill, and to producing a bill that offers the best possible future for American agriculture.

In the following days, NSAC will publish a detailed analysis of the Chairman’s draft bill and its potential impact on working lands conservation programs on our blog.