California’s farmers who produce our food are especially vulnerable to the state’s increasing water insecurity.

New policies passed in the past eight years have laid the groundwork for long-overdue groundwater management, nitrate pollution reduction, and investments in on-farm water use efficiency.

In 2014, under an emergency drought declaration, Governor Brown authorized a new program called the State Water Efficiency and Enhancement Program (SWEEP). The program’s funding comes from the state’s cap-and-trade and bond revenue and is used to make grants to farmers and ranchers for practices that reduce both water and energy use.

Additional benefits that can come with conserving water include:

ILRP was established in 2012 to prevent further contamination of surface and groundwater through grower education, required nutrient management planning and reporting. Learn more about ILRP.

In 2014, voters approved Proposition 1, a $7.5 billion bond that included funding for on-farm water conservation that CalCAN advocated for in the bond. $30 million in grants were made in 2016 by the Department of Water Resources for a range of training, technical assistance, and demonstration projects.

In 2018 , Proposition 68 was passed by voters, authorizing a $4.1 billion natural resources bond.  Included in the bond and supported by CalCAN was one-time funding for SWEEP of $20 million, $10 million for the Healthy Soils Program and $20 million for the Farmland Conservancy Program.

“Conserving water is not rocket science, but there is a learning curve. SWEEP supports producers in taking risks to learn new methods.”

California has launched a suite of Climate Smart Agriculture programs to invest in agricultural climate solutions. This fact sheet series summarizes them and tells some stories about producers participating in them.
View/Download Fact Sheet 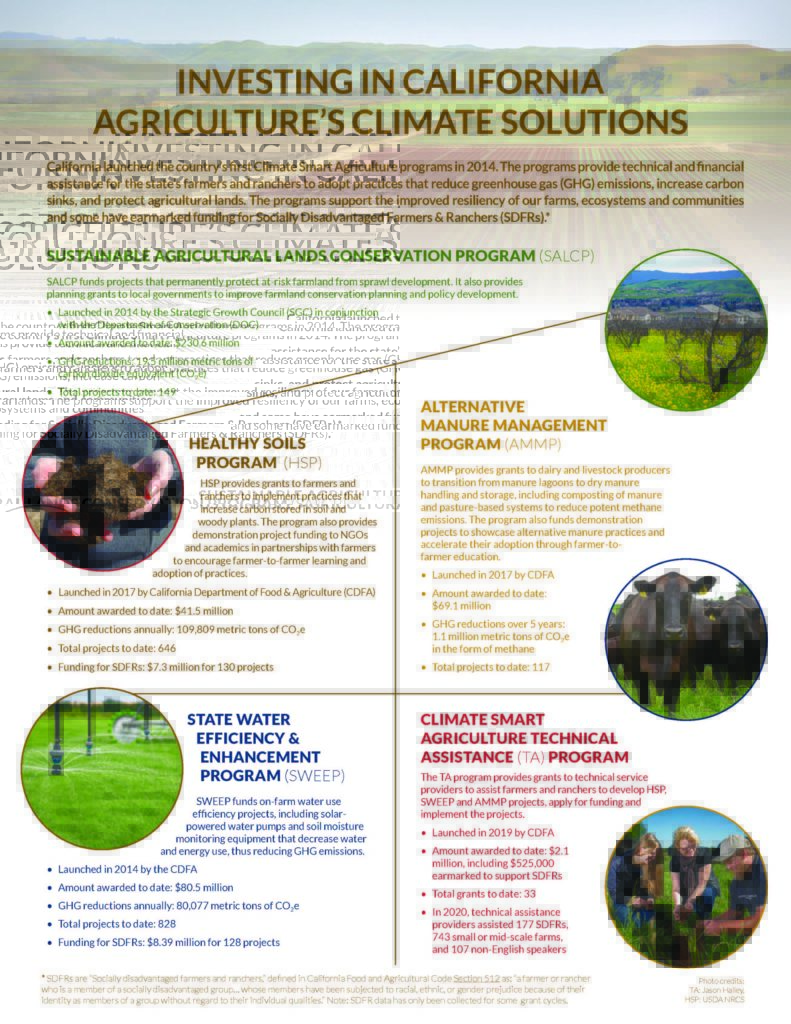