Push for Transparency in Water Well Drilling Forges Ahead 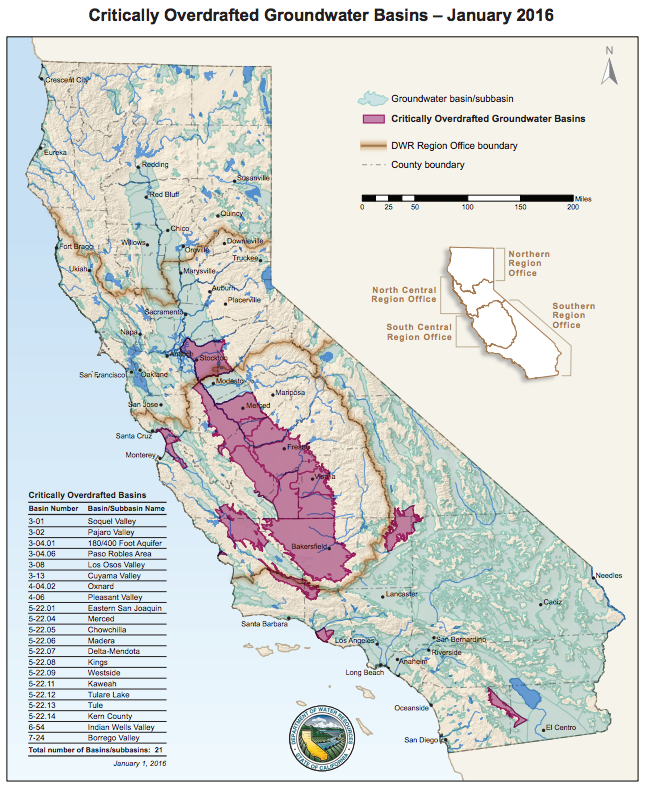 State legislators voted on a spate of bills last week as they rushed to meet a legislative deadline that requires bills to pass out of their house of origin by June 2. We’ll post a series of short blogposts this week on the status of CalCAN’s priority bills. We begin today with Senate Bill 252.

Five years of extreme drought and significant new perennial crop plantings have fueled a torrent of drilling in vulnerable aquifers. As a result, family farmers and many rural residents are seeing their wells go dry and/or contaminant levels rise as larger entities drill deep new wells. As farmers and rural residents plan for the impacts of climate change, including more frequent and intense droughts, they deserve to know when a new, neighboring well might impact their shared groundwater resource.

SB 252 would address this “crisis of the commons” by requiring greater transparency and opportunity for local input before new well permits are issued in critically overdrafted groundwater basins (see map below) while we wait for local agencies to implement the Sustainable Groundwater Management Act (SGMA).

The bill, authored by Senator Bill Dodd and informed by his work on groundwater sustainability during his 13 years on the Napa County Board of Supervisors, has two major requirements.

The first requires new well permit applicants in critically overdrafted basins to notify all adjacent landowners of the application for the well permit, where the permit can be found for review, and when there will be a public hearing and opportunity for public comment. This “good neighbor” requirement ensures that neighboring landowners have advance notice before a well is drilled that may permanently affect the safety and availability of their groundwater.

The second requires local governments to make critical information about proposed wells public, such as the location, depth, capacity, and estimated extraction volume of proposed new wells. Such transparency would benefit all stakeholders who rely on and must make business and financial decisions around the critically overdrafted basin’s shared groundwater resource.

SB 252 does not prevent a farmer or landowner from deepening an existing well, which is important to our support.

California is moving toward more sustainable management of our groundwater resources. SB 252 is a modest, but important step in achieving those goals.

SB 252 passed through the Senate and now heads to the Assembly. We are actively mobilizing support for this bill over the next few weeks. We are also collecting more stories of those impacted by new well drilling. If you’re a farmer or rural resident who lives in a critically overdrafted groundwater basin and would like greater transparency of new well-drilling, let us know. You can email Brian Shobe at brian@calclimateag.org or call at 916-441-4042.