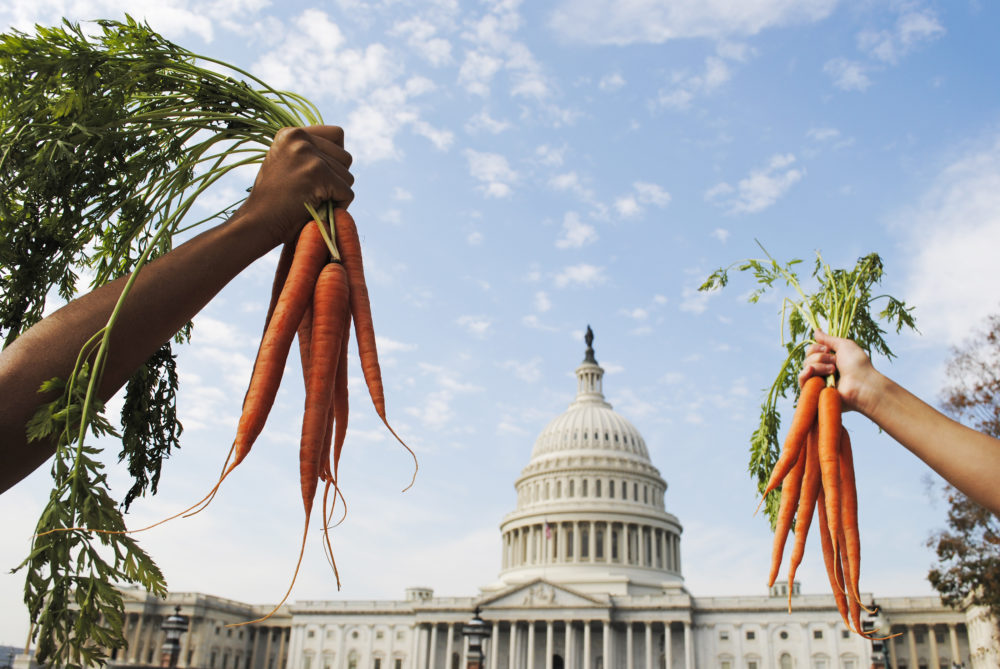 This farm bill update is from the National Sustainable Agriculture Coalition, of which CalCAN is a member.

On Monday, October 1, the thing that family farmers, sustainable agriculture supporters, and farmer advocates across the country have been working over a year to prevent happened: the 2014 Farm Bill expired. It’s not the first time that Congress has failed to pass a bill on time, but ag-advocates – including the National Sustainable Agriculture Coalition (NSAC) – had worked especially hard to prevent the delay of the 2018 bill and the resulting shut down of dozens of agriculture, food, research, and conservation programs to new applications and contracts.

Over the last months NSAC has brought dozens of farmers to Capitol Hill to speak directly with their legislators about the importance of farm bill programs to their work and sustainability. NSAC, and many of our allies in the sustainable food and farm movement, have also produced in-depth analyses showing the potential impact of farm bill expiration – with deep dive pieces highlighting the particularly devastating impact to conservation programs and the farm bill’s “tiny but mighty” programs.

Despite the best efforts of the farm bill coalition, today marks the second farm bill cycle in a row in which an existing farm bill was allowed to expire without an extension in place. Though this is a disappointing day, it is not the end of our fight for the farm bill. We have been in this scenario before and still come out with major wins for America’s family farmers and rural communities, and by working together and not losing steam with can do so again in this farm bill cycle.

With prospects for a short-term extension of the 2014 Farm Bill gone and Congress unlikely to return to Washington, D.C. before the November elections, the focus of advocates must now shift to trying to help pass a good, bipartisan 2018 Farm Bill later this year. To minimize the negative impacts of letting the 2014 Farm Bill expire without an extension and to get the programs farmers, researchers and consumers rely on up and running in the new year, we must keep the pressure on Congress to finalize a bill ASAP – but only if it is a good bill, one based largely on the bipartisan bill passed by the Senate with the most votes for a farm bill in history. Indeed, even a farm bill extension, while depressing, would still be better than adopting a bad bill. Now is the time to rally around adopting a new bill, this year; one that adopts the non-ideological and bipartisan path put forward by the Senate. For NSAC’s recommendations for farm bill conference, click here.