How Will California’s Climate Ambitions Reshape Food and Agriculture? 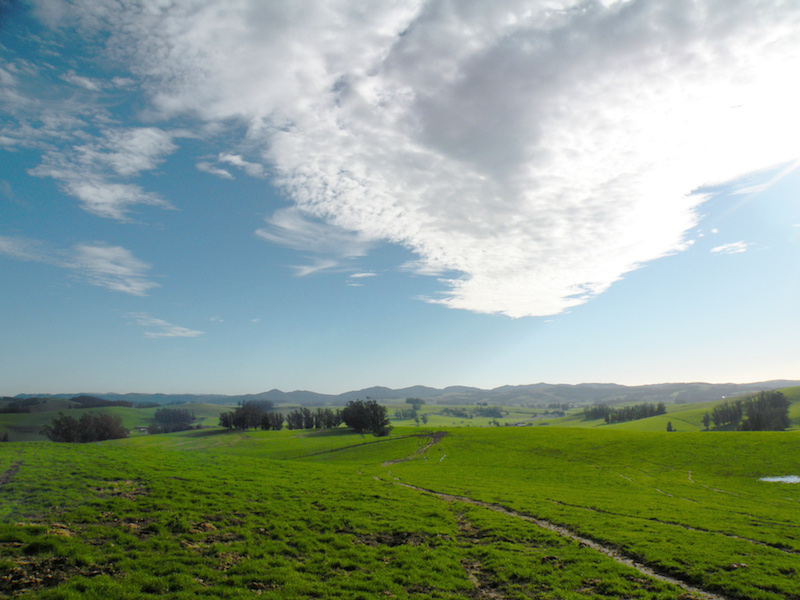 Excerpted from an Oct. 9th article in Civil Eats by Liz Carlisle (click here for the full article).

At the outset of last month’s Global Climate Action Summit in San Francisco—even before the release this week of a dire U.N. climate report—California Governor Jerry Brown made a bold announcement, setting a target for the state—the world’s fifth-largest economy—to achieve net zero emissions by 2045.

California has taken on a heightened role in climate diplomacy since the United States’ 2017 withdrawal from the Paris Climate Agreement. But even insiders were stunned by Brown’s wide-ranging executive order. Ecologist and incoming executive director of climate advocacy organization Project Drawdown Jonathan Foley hailed the move as “the most ambitious serious climate commitment ever made on earth.”

Brown has signed a number of bills spelling out how California might achieve its goal, including SB100, which commits the state to 100 percent carbon-free electricity by 2045, as well as a series of bills intended to increase the adoption of electric vehicles. But missing from the flurry of legislation are concrete plans for the future of food and agriculture.

Yet funding for these programs has been unstable, and advocates say far more investment is needed. In theory, California agriculture could sequester more carbon than it emits. But some advocates say that would require a fundamental shift away from chemically supported monocultures and confinement livestock operations. So far, the state has had little appetite for taking on these large agricultural interests, but with this new net-zero emissions target and a new governor taking office next year, deeper changes to the state’s food system might just be on the table.

California Off to a Modest but Promising Start

In the past few years, California has emerged as a global leader in tackling climate change through agricultural policy. One of its most successful programs to date has been the State Water Efficiency Enhancement Program, known as SWEEP. The first program of its kind in the country, SWEEP provides financial incentives to farmers to improve irrigation management in ways that both save water and reduce emissions. So far, the greenhouse gas emissions reductions the program is projected to achieve over its lifetime are equivalent to taking nearly 65,000 passenger vehicles off the road. However, state funding for the program hasn’t kept up with farmer demand. In the first three years, applications outnumbered awards by a nearly three-to-one ratio. And since drought faded from the headlines, funding for the program is in question.

Similarly promising, but struggling, is another first-of-its-kind climate-smart agriculture program: The Healthy Soils Initiative. This initiative offers financial assistance to farmers for a whole suite of practices that sequester carbon in soils, from reducing tillage to planting perennial vegetation to adding a thin layer of compost to the land. Although small, this program has been celebrated far beyond California as a particularly promising win-win policy, since carbon sequestered in soils not only reduces the burden on the atmosphere, but actually improves soils’ fertility and capacity to support healthy crops.

Renata Brillinger, executive director of the nonprofit California Climate and Agriculture Network (CalCAN), says the Healthy Soils Initiative is critical to jumpstarting carbon farming because it “de-risks these transitions” for farmers who would otherwise have to make the up-front capital investments themselves. Once farmers get started with carbon-sequestering practices, Brillinger says, they begin to see the benefits to their soil fertility and their bottom line and then sharing their successes with their neighbors. It’s a powerful ripple effect.

“We know with certainty that the primary way farmers decide to make a change in their practices is by looking at each other,” she says. “There are Healthy Soils grants in 31 counties now, and people are going to start noticing these co-benefits.”

Like SWEEP, however, the Healthy Soils Initiative also saw its budget zeroed out in 2017-18, then restored in FY 2018-19, but not at a level sufficient to meet demand.

Organizations like CalCAN are fighting to keep those programs alive. Supporting on-farm improvements to irrigation and soil health practices is important, says CalCAN’s Policy Director Jeanne Merrill. But all these efforts to improve the climate performance of farms will be moot if we keep losing farmland to development. “California is losing an average of nearly 50,000 acres a year of agricultural land,” says Merrill. She points to a 2012 UC Davis study that compared the emissions of an acre of urban land to an acre of irrigated cropland. The urban land emitted 70 times more greenhouse gas than the cropland.

Merrill sees promise in the Sustainable Agricultural Lands Conservation (SALC) program, another one of the state’s climate-smart agricultural initiatives which has protected nearly 80,000 acres of farmland since its launch in 2015. But it’s not enough to stem the tide, she says. “We need to work with local governments to improve land use planning and policies so that we’re protecting our best agricultural lands.”

Equally critical to supporting farmers in making climate progress, both Merrill and Brillinger believe, is ensuring that they have access to technical assistance. But institutions like the University of California’s Cooperative Extension service and the statewide Resource Conservation Districts—which have been helping farmers improve soil health since the 1930s Dust Bowl—have yet to recover from budget cuts imposed in the 1990s and 2000s.

There was good news on this front during the Global Climate Action Summit: The state announced 10 new extension positions specifically focused on helping farmers mitigate and adapt to climate change. But more promising still, Brillinger and Merrill say, is a bill just signed by Governor Brown, in the wake of the summit. AB 2377 will dedicate a small portion of the state’s climate-smart agriculture funds to a technical assistance grant program, prioritizing smaller farms and socially disadvantaged farmers. “We have to invest in outreach and education, farmer-to-farmer led education and demonstration projects. This is what is going to move the needle,” says Merrill.