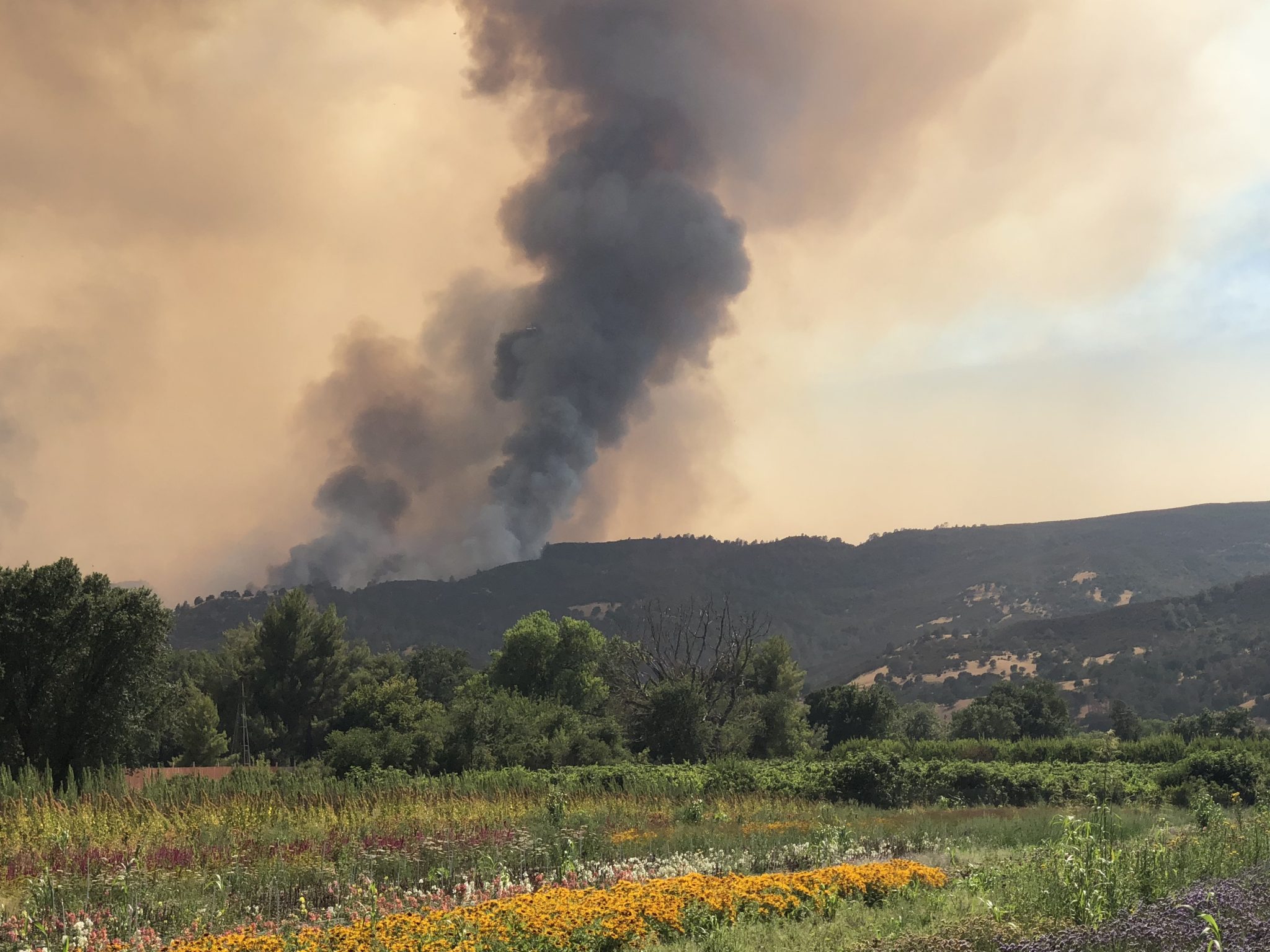 Fire near Full Belly Farm in 2018. The Capay Valley is one of the agricultural regions in the state that has experienced multiple years of wildfires in a row. Photo credit Thomas Nelson

2020 was another record fire year in a long stretch of record fire years in California. Many farmers, ranchers, and farmworkers in our network are sick of the smoke, exhausted from consecutive years of evacuations, and recovering from the losses of crops and livestock.

At the same time, farmers, ranchers, tribes, and other land stewards are eager to be part of the solution by scaling up cultural and prescribed fire and targeted grazing on both private and public lands. These practices – when applied at the right time and in an ecologically-informed way – can offer climate, health, and economic benefits while also improving community safety and resiliency. Unfortunately, these practices have been hampered by limited funding and a number of policy barriers.

The Governor’s proposed budget, released earlier this month, could make a significant step forward in addressing the need for funding. In addition to his proposed investments in climate smart agriculture (summarized in our blog last week), the Governor proposed a $1 billion investment in wildfire and forest resilience. Of this amount, $323 million is proposed for early action this spring to start forest health and fire prevention projects before the next fire season. The Governor’s comprehensive wildfire resilience expenditure plan (summary table at the end of the blog) includes the following categories of investments:

In addition to this larger package, there’s also a proposed investment of $2 million for UC Fire Advisors, who play a critical role in advancing our scientific understanding of fire in specific regions, educating the public about fire, and training land owners and managers in science-based, fire mitigation practices.

Restoring the state’s fire-adapted ecosystems will require sustained, large-scale investments over multiple decades in science-based solutions, including those led and implemented by farmers, ranchers, and tribes. The Governor’s proposed wildfire resilience expenditure plan, if approved by the legislature, would be a good start.

But make no mistake: until we stop climate change and make significant progress in restoring the state’s fire-adapted ecosystems, the state will continue to experience more frequent and severe wildfires. As such, the state must do more to protect farmworkers from the health impacts of wildfire smoke and improve access to farms and ranches during mandatory fire evacuation orders so farmers and ranchers can use their skills and equipment to protect their lands, livestock, and livelihoods.

CalCAN will be advocating this year for policies that achieve the following four objectives:

In the coming weeks, we will publish a series of blogs diving into some of the policy barriers and solutions to achieving each of these objectives.

If you’re a farmer, rancher, farmworker, or tribal member and interested in sharing your experience on any of these wildfire issues with us, we would love to hear from you. Email Brian Shobe at: brian(at)calclimateag.org