From Farm to City: Bridging the Urban-Rural Divide with Farmer-Friendly Climate Policy Advocacy 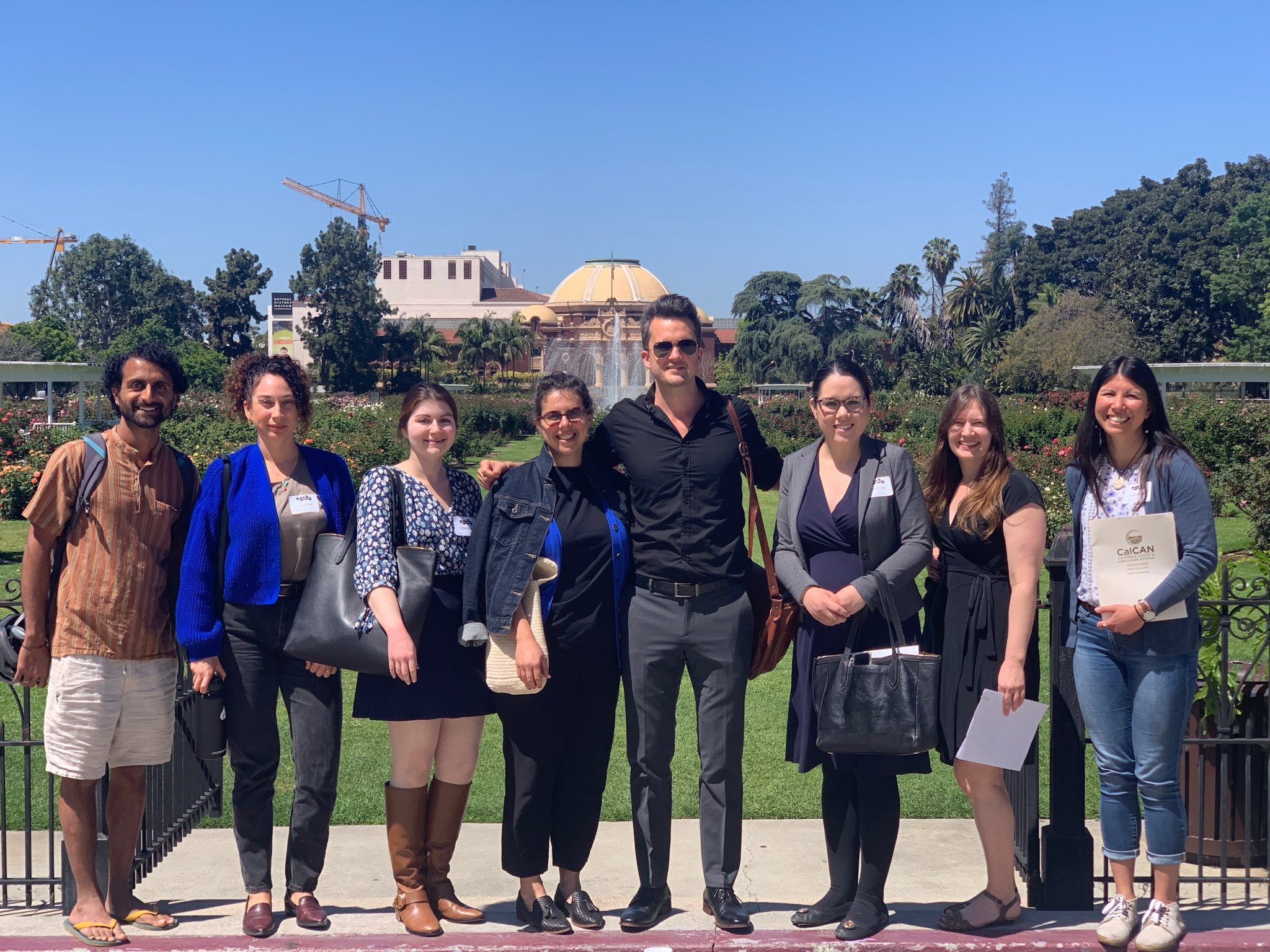 CalCAN believes in the importance of bridging policymakers and their constituents to collaboratively advance policy. As a coalition of sustainable and organic agriculture organizations, we rely on a formal group of 17 farmer advisors and hundreds others throughout the state informally to inform and advocate for farmer-friendly policies that work on the ground. For the last ten years, CalCAN has worked to build bridges between farmers and policymakers.

But with more than 4 in 5 Californians living in urban areas, we know that agriculture may not readily surface as a priority for discussion at the tables of all of our state representatives. Adequately addressing the climate crisis will require agricultural solutions on the state’s vast network of natural and working lands. So we’ve decided to get creative about building bridges between farmers and policymakers because we also know that many urbanites care deeply about the success of California’s farmers and ranchers in the face of climate change and would like the opportunity to engage in policy change to support them.

To double down on efforts to educate rural and urban policymakers alike about the state’s opportunities to invest in shovel-ready climate solutions, we set up a series of meetings this spring to connect legislative offices and their constituents in Los Angeles and the San Francisco Bay Area.

Elizabeth Bowman, with the Sustainable Economic Enterprises of Los Angeles, or SEE-LA, recently joined us highlight the importance of investing in California’s farmers and ranchers through the state’s Climate Smart Agriculture programs for staff in the Los Angeles offices of Senator Holly J. Mitchell and Assemblymember Reggie Jones-Sawyer. As the SEE-LA Director of Farmers’ Market Operations with SEE-LA, Elizabeth is directly invested in the livelihoods of many farmers. She is concerned about the impacts of climate change on her vendors, saying,

“One heat wave can wipe out an entire crop, meaning there is less food available at the market.”

SEE-LA’s mission is to build sustainable food systems and promote social and cultural activities that benefit both low-to-moderate income residents of Los Angeles while also supporting California small- and mid-sized farms and local small businesses. Attending legislative meetings to advocate for Climate Smart Agriculture investments was an avenue for Elizabeth to act on her concern and simultaneously help fulfill SEE-LA’s mission to support California farmers. After the meetings, Elizabeth reflected:

“Thank you for merging the conversation between healthy soils and the city, and working to dismantle the urban/rural divide. It has been a goal for us at SEE-LA to become more engaged in policies that support our mission and our farmers. This was a meaningful first step.”

Sometimes, even in the city, the bridges that CalCAN builds between urban policymakers and constituents can lead directly to farmers themselves. Haleh Zandi, Co-founder and Co-director at Planting Justice, recently joined CalCAN and several others from the San Francisco Bay Area in a meeting with Senator Nancy Skinner. Planting Justice’s 5-acre farm and orchard in El Sobrante, CA provides some of the stock for their 1,100 + variety nursery in East Oakland. Aside from their direct involvement in these agricultural operations, since 2009 Planting Justice has worked with five high-schools to develop food justice curricula, created 40 green jobs in the food justice movement for folks transitioning from prison and facing other barriers to employment, and built over 450 edible gardens in the San Francisco Bay Area. In the meeting with her Senator discussing the state’s investments in Climate Smart Agriculture, Haleh remarked,

“After we install efficient irrigation systems, and other water-saving techniques like rainwater catchment and greywater systems, our Transform Your Yard clients will often call and let us know that their water bill has significantly reduced by half or even more. Now imagine those kinds of water and financial savings scaled up onto farms throughout California with SWEEP.”

Our team of urban meeting participants also spoke to the necessity investing in the Healthy Soils Program. Incentivizing farmers and ranchers to increase soil organic matter and sequester carbon can translate to increased water-holding capacity of the soil and growers’ resilience to drought, as well as better air and water quality for the nearby communities. Representatives from groups like StopWaste, who hope to see California’s composting efforts scaled, and LA Compost, a non-profit building community-scale composting infrastructure in LA, joined in on the chorus of support for healthy soils as well as the Alternative Manure Management Program (AMMP) which incentivizes dairy producers to compost manure.

If you are a farmer, rancher or representative of an organization or business that would like to connect with your state representatives to convey the importance of agricultural climate solutions and investments in California farmers and ranchers, consider joining our Alliance Membership. It’s a free and easy way to join CalCAN in amplifying our collective impact on climate and agriculture policy.