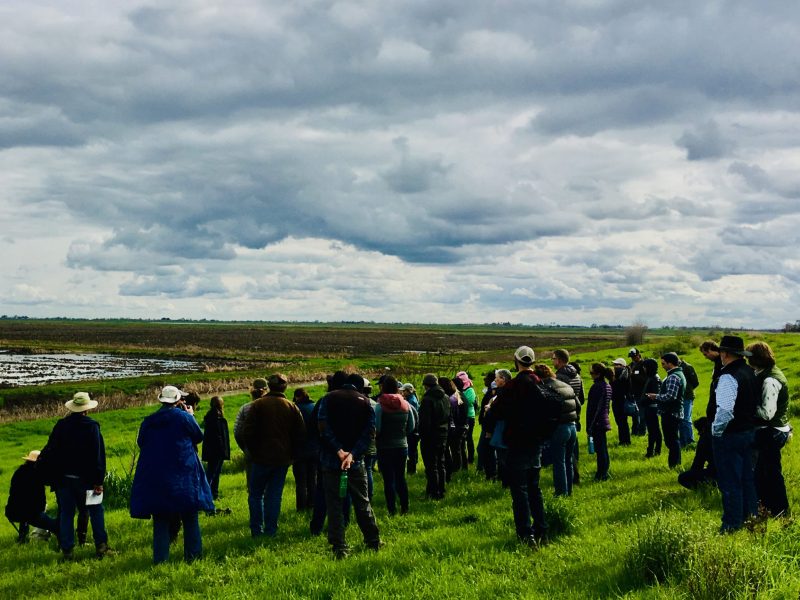 It’s the middle of summer and we are living with the realities of an “emerging megadrought,” the second driest 19-year period in 1200 years. Such prolonged drought cycles have a cumulatively devastating impact of California’s farms, particularly in the Central Valley, and on groundwater supplies.

One solution to respond to this trend is the State Water Efficiency and Enhancement Program (SWEEP). In 2014, then Governor Jerry Brown enacted the program in response to an historical four-year drought to give grant funding to farmers and ranchers for improving irrigation efficiency and water use monitoring to achieve both water and energy efficiency and savings. $80 million has since been invested in over 800 farms, cutting on-farm water use by the equivalent of over 50,000 Olympic swimming pools of water annually.

The program is extremely popular among growers, with demand exceeding available funding by as much as three times, as pictured in the graph below.

Despite this popularity, the program has not been reliably funded in recent years. Part of the state’s suite of Climate Smart Agriculture Programs, SWEEP has traditionally been funded by the Greenhouse Gas Reduction Fund (GGRF) with money from the cap-and-trade program. From 2018-2019, however, SWEEP was funded by a natural resources bond, not GGRF, and Proposition 1 included some funds to support technical assistance for SWEEP applicants.

However, last year no new money was added to the SWEEP budget, and it seems there will be none again in fiscal year 2020-21. While the Governor originally proposed funding SWEEP with general funds in his January draft budget, it was ultimately cut again this year, one of many casualties of the economic constriction caused by the pandemic. SWEEP is not seen as a priority for the expected small amount of money available in the GGRF. CalCAN has been and will remain one of the loudest and most consistent advocates for sufficient SWEEP funding as well as for design improvements to improve its efficacy, so we look ahead to brighter economic days when it can resume.

See the impact SWEEP has had on farmers with the stories below and check out more of our farmer climate leaders here.

Bolthouse Farms is one of the largest producers of carrots in the U.S., growing both organic and conventional crops. Headquartered in Kern County, they have received two SWEEP grants in the first few years of the program. The first grant converted a diesel pump to electric, cutting carbon dioxide emissions while also upgrading the pump to improve efficiency and save energy overall. With the second grant, Bolthouse replaced a six-mile-long aluminum pipe with PCV, reducing leaks, saving time associated with manual operation of the previous system, and cutting down on runoff – improving water quality and ensuring uniform irrigation for better crop quality. Read more here.

Steve Fukagawa Farms in Fresno County was awarded two SWEEP grants to increase water and energy use efficiency on his farm. A third generation California farmer, Steve grows organic raisin grapes and stone fruit in Kingsburg. Upgrading his groundwater pump, installing a compute-control drip system, and adding solar panels with his first grant, Steve cut his water use in half. The second grant, part of the most recent round of funding, allows Steve to install two efficient pumps to maximize both water and energy use for surface water and groundwater. Read more here.

“This Technology takes the guessing out of making irrigation decisions. This is especially helpful with a new orchard with constantly changing water needs.” – Charlotte Mitchell, co-owner of Mitchell Farms and Executive Director of California Farmland Trust, featured left.
Further up the valley, just south of Sacramento, Mitchell Farms has been in operation since 1854. Beginning as a dairy and transforming into a walnut, turkey, sheep and hay operation, they received a SWEEP grant to install soil moisture and weather sensors that send data straight to their phones, allowing for easier and more direct water management. With this data, they tailor water use more precisely to what is needed as weather shifts and soil type varies within the farm, improving their water use efficiency. The SWEEP grant also allowed them to update their water pump, cutting costs and greenhouse gas emissions. Read more here.