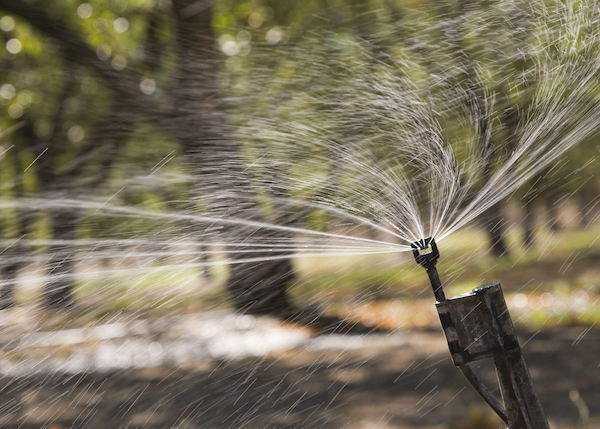 Sacramento – The California Department of Food and Agriculture (CDFA) announced on Tuesday it had selected 125 farms to receive a total of $9.7 million in grants through the State Water Efficiency and Enhancement Program (SWEEP).

At a time of rising water, energy, and labor costs and increasing drought risk as a result of climate change, SWEEP grants help farmers adapt by helping them upgrade outdated and inefficient irrigation systems. Most farmers use the SWEEP grants to deploy multiple irrigation and energy efficiency technologies at a time, including:

Check out our profiles of farmers who have received SWEEP grants

SWEEP grants are especially critical for socially disadvantaged farmers and ranchers (SDFRs), who face disproportionate barriers in accessing the program and often lack the resources and access to capital to invest in irrigation system upgrades on their own.

Thanks to a new prioritization system for SDFRs in this round, all projects submitted by SDFRs that met a minimum qualifying scoring threshold were funded.

Among those funded were 13 Hmong farmers, 6 Latino farmers, and 2 Punjabi farmers in Fresno and Tulare counties, all assisted by the Small Farms and Specialty Crops Program staff at UC Cooperative Extension (UCCE) in Fresno county. In Santa Clara county, 12 Chinese-American farmers received awards, again thanks in part to a small team of UCCE and other technical assistance providers who provided bilingual outreach, assistance with pump tests and quotes from vendors, and application assistance. These regions’ success reflects the vital role of multilingual, hands-on, targeted outreach and assistance from knowledgeable and trusted technical assistance providers.

CalCAN supported this prioritization in the program and is currently sponsoring legislation that would allow CDFA to also prioritize small and mid-scale farms, which often have limited access to capital to make these investments on their own and have limited time and staff resources to apply to these programs – stay tuned for more info!

Unfortunately, SWEEP has been plagued by inconsistent funding the past few years, despite demand for the program consistently outpacing available funding by a ratio of 3-to-1. This latest application round – the program’s 8th since it was created in 2014 – was no exception, with only enough funding to award roughly one-third of the 366 farms that applied.

As such, we were delighted to see Governor Newsom recommit to funding SWEEP in the upcoming fiscal year by including $20 million for the program in his January budget proposal, as well as by including SWEEP in the list of priority programs to fund as part of the Water Resilience Portfolio. We are strongly urging the legislature to follow suit and support that funding level for the program.

With this latest round of grants, SWEEP has now invested over $80 million dollars in over 800 projects in 37 counties in the state – no small feat! But in a state with 70,000 farms, a goal of groundwater sustainability by 2040, and a goal of carbon neutrality by 2045, there is more to be done to scale up this work.

That’s why CalCAN and a coalition of over 50 organizations, spanning agricultural, public health, environmental, rural, and urban interests recently called on the Governor and legislature to scale up investments in SWEEP and other Climate Smart Agriculture programs in a proposed climate resilience bond.

Do you want to help us advocate for SWEEP? Or did you receive a SWEEP grant and want to share your story with us? We’re always looking for new advocates and stories to help us inspire our elected representatives to continue investing in this program. Send a note to Lauren Lum, our Campaign Organizer!