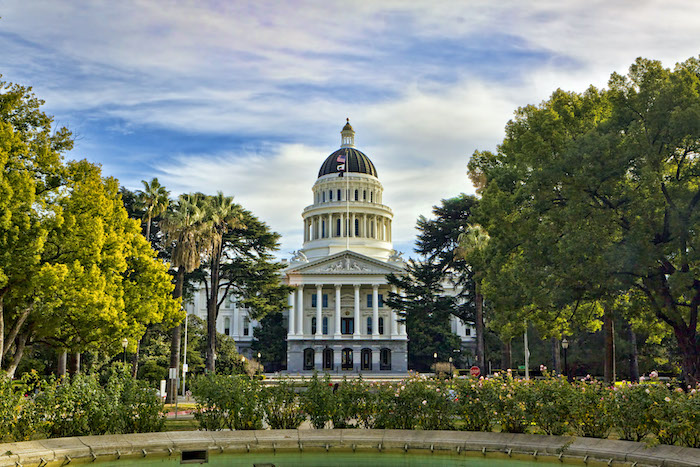 Over 50 organizations and businesses recently joined CalCAN in calling on the legislature to restore funding for Healthy Soils and other Climate Smart Agriculture programs that the Governor’s proposed budget would cut below current funding levels. You can read that letter here. The group of supporters is diverse and spans traditional farm trade groups and sustainable agriculture organizations to large food and fiber retailers and conservation organizations.

The letter comes on the heels of a recent Senate Budget Committee hearing on Governor Newsom’s proposed climate change budget. Many of the senators raised concerns that the Governor’s climate proposal does not go far enough. CalCAN’s Policy Intern, Grace Perry, provides a summary of the recent hearing below.

An informational hearing on the Governor’s climate budget proposal was held by the Senate Committee on Budget and Fiscal Review on Tuesday, February 18th. The Governor’s proposed climate budget would allocate $12.5 billion over the next 5 years for the climate-related expenditures. The proposal includes a $4.75 billion Climate Resilience Bond, $965 million in discretionary spending of the Greenhouse Gas Reduction Fund (GGRF) and a $1 billion Climate Catalyst Fund from General Fund investments.

The Climate Resilience Bond is proposed for the November ballot and must be approved by the legislature before it heads to the voters. The Governor proposes $4.75 billion in bond dollars to support community and local efforts to improve resilience to greater weather extremes. But as the Senate budget leaders pointed out, most of the expenditures are for water-related activities. While important, those expenditures may not improve climate resilience. Only $200 million is proposed for agriculture investments – or $40 million annually – and does not include many key strategies, like farmland conservation.

The Climate Catalyst Fund, which is a revolving loan fund that would focus on transportation emission reduction, climate-smart agriculture and forestry, and circular economy investments, is a new addition to the climate budget.

The strongest LAO critique was for the proposed new Climate Catalyst Fund. The main LAO critique is that the Fund would provide low-interest loans to climate-related technologies and projects that cannot find traditionally financing elsewhere and are risky investments that may not result in greenhouse gas emission reductions. The LAO suggested starting with a pilot program if the Fund is adopted in the final budget package.

Senior Climate Advisor, Kate Gordon, argued that the Governor’s package takes a comprehensive approach to combating climate change by considering equity issues and the need to speed and scale up the state’s response to the climate crisis. Secretary of Agriculture Karen Ross was the last to speak from the administration and emphasized agriculture’s role in contributing to and combating climate change in California. Currently, a quarter of the land in California is under agricultural production (25 million acres). Agriculture is also responsible for 8 percent of greenhouse gas emissions in the state, and is in the unique position to store carbon in agricultural lands.

After hearing from the LAO and the Governor’s administration, the senators began their round of questions. Many raised concerns about the urgency of climate change and about whether or not the Governor’s climate proposal goes far enough.  Several senators raised questions about the diminished funding for agriculture in the climate budget proposal. Senator Wieckowski pressed Secretary Ross about the decrease in agriculture program funding through the Greenhouse Gas Reduction Fund and doubted that the Climate Resilience Bond would recoup the losses. Senators McGuire and Skinner echoed concerns about the decline in climate-smart agriculture funding and emphasized their importance to the state’s emission reductions and climate goals.

Following a healthy debate with the administration, the senators heard from Danny Cullenward, a lecturer with Stanford Law School and Bruce Riordan with the Climate Readiness Institute at UC Berkeley.  Mr. Cullenward raised concerns about whether or not the climate investments meet the scale of the problem and argued the state’s Cap-and-Trade program is not on track to meet the state’s greenhouse gas emissions reduction targets by 2030. He recommended reforming the Cap-and-Trade and GGRF programs as well as conducting independent analysis and more legislative oversight over the proposal.

Dr. Riordan commented on climate adaptation measures addressed in the proposal and noted his support for the state’s focus on improved resilience to a changing climate. He recommended one agency leading climate adaptation efforts for the state, providing more support to local governments to assist their climate change mitigation efforts and to treat all climate risks the same instead of separating them into short-term and long-term risks.

Overall, all agreed that scaling up the response to the climate crisis is needed.