California, Southwest on Edge of Megadrought: CA’s Climate Smart Ag Programs At the Ready to Make a Difference 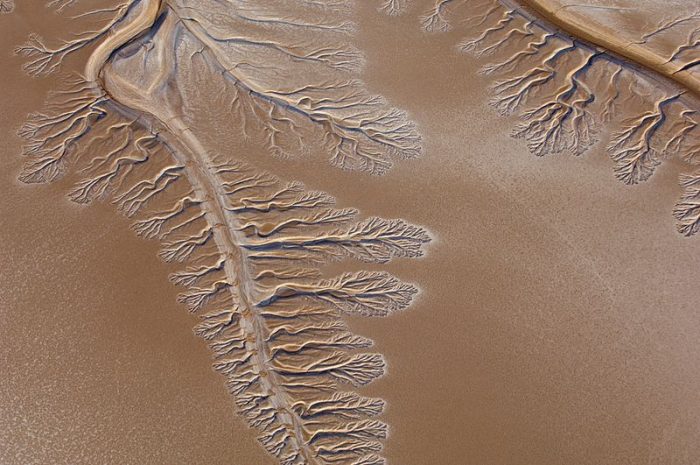 The Colorado River Delta, once North America’s largest wetland at 3,300-square-miles, is now mostly barren mudflats or salt flats. Anthropogenic warming has greatly contributed to an emerging megadrought that poses to further strain the river and the human and ecological communities that depend on it. Photo: Peter McBride, USGS

We are all witnessing the consequences right now of what happens when governments ignore scientists’ warnings and fail to prepare for predicted crises. I’m referring to Covid-19 – which is exactly the type of global viral pandemic experts have been warning would rise from human-caused environmental degradation – but the same could be said of climate change. Human health depends on healthy ecosystems and a stable climate. Will this virus be the wake-up call that finally spurs our local, state, and federal governments and public institutions to act like it?

We here in the southwest United States are now living in an “emerging megadrought” – the 2nd driest 19-year period in 1200 years – according to a study published on April 17 in the journal Science. Fossil-fueled climate change, which scientists have been warning our government for decades would lead to more extreme weather patterns, is responsible for 47% of the drought’s severity. In other words, the greenhouse gas emissions from our fossil fuel-based economy, the vast majority of which have come from just the past 70 years, supercharged what might have otherwise been a moderate drought by historical standards into one of the worst droughts our region has seen since the year AD 800.

The study, which uses a combination of 1,200 years of tree ring data, hydrological and climate modeling, suggests it could get worse for a few reasons. The authors write:

“The tree-ring record serves as an ominous reminder that natural climate variability can drive Southwest North America megadroughts that are as severe or longer than the 21st-century drought thus far… Further, anthropogenic global warming and its drying influence in Southwest North America are likely still in their infancy. The magnitude of future droughts in North America and elsewhere will depend greatly on future rates of anthropogenic greenhouse gas emissions globally.”

The study’s findings have obvious implications for water management and agriculture in California, but also land use and population growth. The authors found the Southwest in the 20th century experienced two of the five wettest 19-year periods, with 1980-1998 being the absolute wettest period, in at least 1,200 years.

This means California’s explosive 20th century population growth and urban sprawl, irrigated agriculture expansion, and water infrastructure development occurred during, and was based on, conditions that were wetter than the historical average. This does not bode well for anyone in the state, but especially not farmers in the Imperial Valley or the combined 16 million people in the Los Angeles and San Diego metropolises, who are dependent on an already strained Colorado River.

For all of the folks in our network – especially the farmers – who already anxiously follow the snowpack surveys and reservoir levels every winter, I know this is troubling news at a time when we already have more than enough to worry about. But before you initiate whatever normal coping mechanism you’ve developed in response to frequent bad news these days, I encourage you to take a deep breath and let me remind you of a few important things:

In that spirit, as legislators return today and the Governor prepares to release his May Revise budget, we say this:

We know you face many challenging decisions ahead and thank you for the sacrifices you are making to lead on our behalf during this unprecedented time. As you attend to the current pandemic and a challenging state budget, we implore you to remember that we are also in the midst of a 19-year emerging megadrought and broader unfolding climate crisis. Let’s not borrow from our future and cut the state’s drought resilience and climate programs. Let’s invest in them now, when our farmers and communities need their economic, health, and food security benefits more than ever.