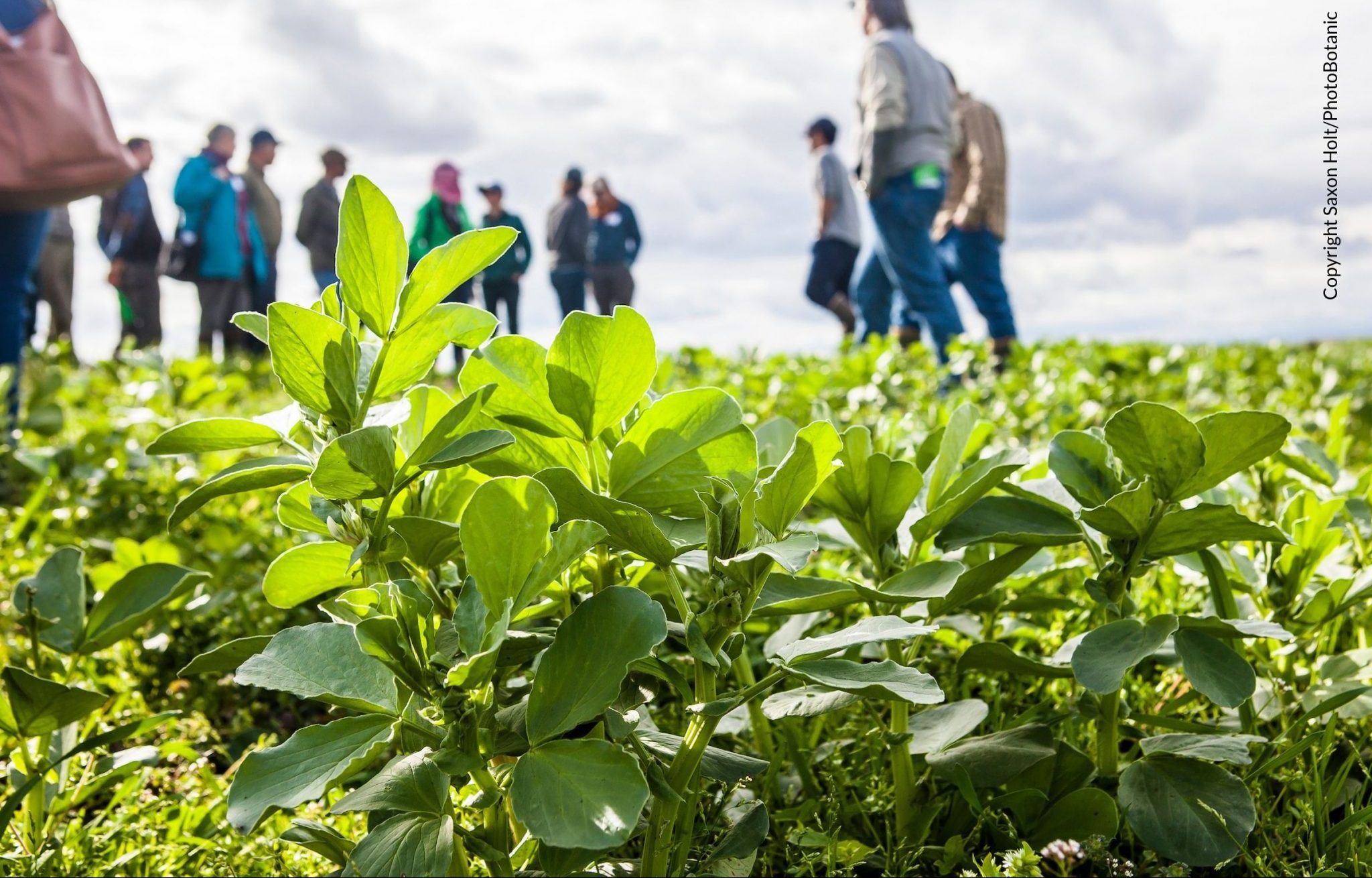 A bell bean cover crop planted with funding from the Healthy Soils Program in CA.

The California Department of Food and Agriculture (CDFA) announced its latest round of grants for the Healthy Soils Program last week, distributing $12.48 million throughout the state. Read our first blogpost about the awards. In this blogpost, we share a breakdown of information about the selected projects, including

This preliminary analysis is based on our interpretations[i] of the one-paragraph project descriptions provided by applicants, which you can read from CDFA’s website for both the Incentives Projects and Demonstration Projects.

CDFA awarded a total of $8.7 million through 194 incentives project grants, averaging about $44,678.

As seen in the pie chart below, incentives projects are fairly well distributed across the major agricultural land use categories in California, with one-fifth of the awards going to orchards, a one-fifth to grazing/rangelands, about one-fifth to annual cropland, and about 13 percent each to vineyards and mixed land use operations. The remaining 14 percent of projects could not be characterized based on their published project descriptions.

We were excited to learn two out of three projects will be implementing more than one practice. Furthermore, more than one in four projects will implement three or more practices. Numerous studies have demonstrated that combining Healthy Soils practices has a synergistic effect on soil health and GHG emissions. 11 project descriptions were too vague to characterize practice data.

Adding compost is by far the most popular practice with more than half (119) of the projects planning to adopt or expand their use of it (47 on perennials, 41 on annual cropland, 19 on grazing or range, and 12 unspecified). Cover cropping is a close second, with more than two in five projects planning to implement the practice (90 total). More than one in five projects will plant hedgerows (47). Mulching, reducing tillage or adopting no-till practices, and planting riparian forest buffers will each be implemented in one in eight projects (28, 25, and 26 respectively). See below for a chart illustrating the distribution of the top ten most popular practices to be adopted with support from Healthy Soils Incentives grants.

All Healthy Soils demonstration projects require the on-farm adoption of an eligible practice plus outreach and education for 120 fellow farmers and ranchers over the course of the 3-year project period. The 23 demonstration projects are also fairly well distributed across the major agricultural land use categories in California; however, compared to the incentives awards, a higher percentage of demonstration awards are going to orchards (34.8%).

Unlike the incentives projects, less than half of the demonstration projects (10 of 23) are using more than one practice. More than 20 different eligible practices will be demonstrated in total. The most common will be cover cropping (8), composting (10, with 4 on annual cropland, 4 on perennials, and 2 on grazing/rangeland) and mulching (4).

To get a more personalized look at operations who have received Healthy Soils Program grants, CalCAN has collected a number of stories of farmer and rancher climate leaders focusing on turning their lands into carbon sinks.

Want to tell us your story of receiving a Healthy Soils grant? Or help us advocate for this exciting program to be sure it receives adequate funding to scale up these necessary climate solutions beneath our feet? Send a note to lauren@calclimateag.org.

[i] Given the brevity and variability of the project descriptions – some were significantly more descriptive than others – we were forced to make educated guesses about how to categorize some of the projects. In the limited cases where there was too little information to make an interpretation, we categorized the project as not available (N/A), which you will see reflected in the charts above. In sum, we think this analysis is useful as a starting point for discussion and reflection, but should be considered approximate.