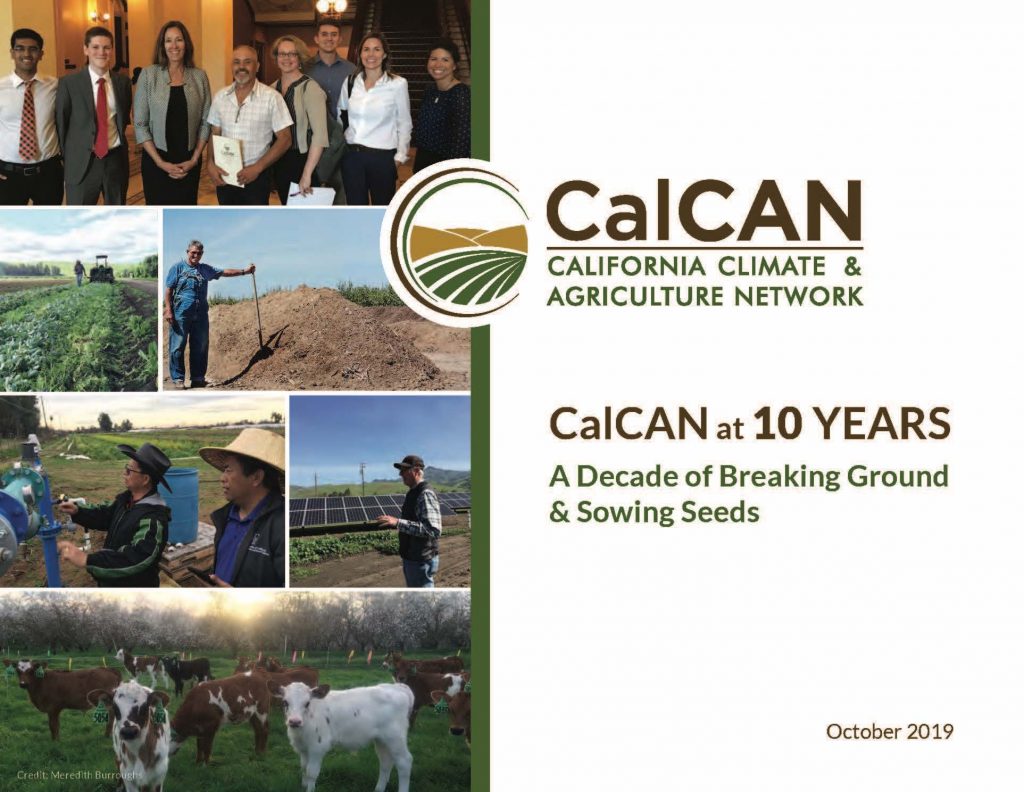 CalCAN was founded in 2009, and to mark our 10th birthday we produced a report to celebrate the accomplishments of our coalition and partner network and to document and share that history. CalCAN at 10 Years: A Decade of Breaking Ground & Sowing Seeds summarizes the “Why, How, When, What and Who” of our past decade of work.

CalCAN sponsored or played a lead role in the following bills that passed and were signed into law.

SB 594 (2012) — Introduced by Senator Lois Wolk, the bill established the Net Energy Metering Aggregation (NEMA) program which allows renewable energy produced on one meter to be credited against electricity use on other meters of the same customer, making NEM more cost-effective for growers.

SB 1350 (2016) — Language from this Healthy Soils Bill, introduced by Senator Wolk, informed the budget bill SB 859 that established the Healthy Soils program in statute and mandated that the state fund more than anaerobic digesters in its efforts to reduce methane emissions from livestock operations.

SB 5 (2017) — This bill, by Senator Kevin De León, led to the inclusion of natural resources bond measure Proposition 68 on the June 2018 ballot, which was passed by voters. CalCAN advocated for improvements to the agriculture chapter.