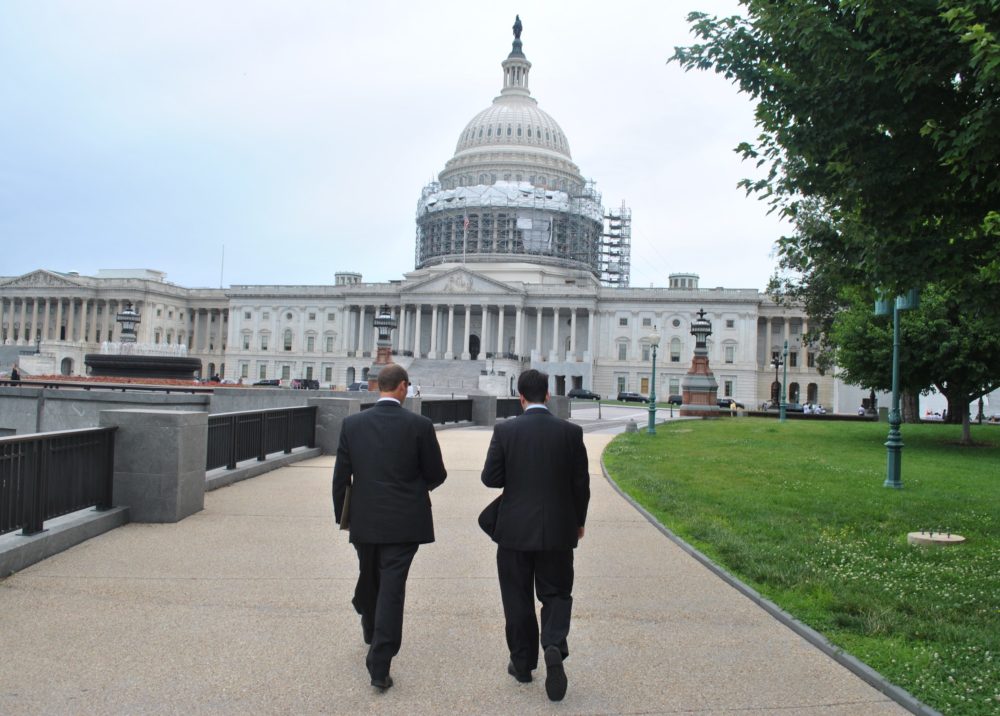 This is reposted from the National Sustainable Agriculture Coalition, of which CalCAN is a member.

With 435 House and 35 Senate races on the ballot yesterday, the 2018 midterms were closely watched across the nation – not least of all by advocates of sustainable agriculture. Before heading off to the campaign trail, Congress left two major ag agenda items dangling – the 2018 Farm Bill and the fiscal year (FY) 2019 appropriations bill – both of which will either need to be wrapped up in the lame duck session, or taken on by the 116thCongress when they take their seats next year. In this post, we analyze how the changes in Congress members and party power are likely to impact sustainable agriculture priorities in the coming years.

The biggest shift from last night’s elections is the change in party control of the House of Representatives, which changed from Republican to Democratic control for the first time since 2008. Though the “blue wave” was ultimately not as drastic as some had been predicted, the change in party control (as well as loss of some Republican Agriculture and Appropriations Committee members) will be significant.

The Senate remains under Republican control; in fact, Republicans have increased their majority in the Senate by at least three seats, with some Senate races still too close to call.

The shifts in both the House and Senate indicate that the country is still deeply divided along urban-rural, geographic, and partisan lines. While we did see some rural House districts that had voted for President Trump in 2016 flip from red to blue, in the Senate several farm states that had been held by moderate Democrats flipped to Republican control. Given this, we can expect continued partisan battles on all issues, including agriculture, in the years ahead.

Ten seats on the Senate Agriculture Committee were in contention last night – two Republican and eight Democrat. On the Republican side, Senator Deb Fischer (R-NE) held onto her seat, and after a very tight race, Senator Cindy Hyde Smith (R-MS) will face Democratic challenger Mike Espy in a runoff election on November 27, 2018. Senator Patrick Roberts (R-KS) will continue to chair the Committee next Congress, and though Republicans may gain one additional seat, we expect the makeup of the committee to remain the same or similar to current body.

From the minority side, the Committee lost two incumbent Senators to Republican challengers: Heidi Heitkamp (D-ND) and Joe Donnelly (D-IN). Both North Dakota and Indiana are states that President Trump won by a wide margin in 2016.

Despite the slight increase in the Senate’s Republican majority, the Senate Agriculture Committee is unlikely to radically change its structure or approach. Committee Chairman Roberts and Ranking Member Debbie Stabenow (D-MI), who retained her seat after defeating Republican challenger John James, have worked productively together in a bipartisan partnership throughout the 2018 farm bill process. Given the overwhelming support the chamber gave the Roberts-Stabenow draft farm bill, we expect that the Committee’s focus on bipartisanship will continue into the next Congress.

The current makeup of the House Agriculture Committee includes 26 Republicans and 20 Democrats. In four of the 46 midterm House races, the incumbent did not seek reelection. Members from the House Agriculture Committee not seeking reelection included: Representatives Bob Goodlatte (R-VA), Rick Nolan (D-MN), Tim Walz (D-MN), and Michelle Lujan Grisham (D-NM). Goodlatte and Nolan both retired this year, while Walz and Lujan Grisham stepped down to run for governors of their respective states – both Walz and Lujan Grisham won their elections. Of those four vacated seats – Goodlatte’s (VA-6) remains in Republican control, Lujan Grisham’s (NM-1) remains Democratic, and both Walz (MN-1) and Nolan’s (MN-6) districts flipped from Democratic to Republican control.

In addition to the shakeup caused by Committee members who stepped down, freshman Representative John Faso (R-NY) lost his election to Democratic challenger Antonio Delgado, while several other Republican incumbents were able to fend off Democratic challenges in tightly contested races. Representatives Steve King (R-IA), Rodney Davis (R-IL), Don Bacon (R-NE), and Michael Bost (R-IL) all held on to their seats. The race in California’s 10th district is still too close to call, though incumbent Representative Jeff Denham (R-CA) is currently in the lead.

In addition to the Agriculture Committees, Members of House and Senate Agriculture Appropriations Subcommittees will also play a significant role in the future of sustainable agriculture policy. On the Senate side, the subcommittee will continue to be chaired by Senator John Hoeven (R-ND) and Senator Jeff Merkley (D-OR) will remain the Subcommittee Ranking Member. There were two Democratic Senators from the Agriculture Subcommittee up for reelection – Senators Tammy Baldwin (D-WI) and John Tester (D-MT). Both Senators Baldwin and Tester won their races against Republican challengers.

In the now Democrat-controlled House, it is expected that current Subcommittee Ranking Member, Representative Sanford Bishop (D-GA) will take over as subcommittee chairman. The three other Democratic members of the Subcommittee that were up for reelection all won their races; the Committee will also gain a few additional members with the new Majority. On the Republican side, Representatives Kevin Yoder (R-KS) and David Young (R-IA) both lost their seats to Democratic challengers, and Representative Tom Rooney (R-FL) did not seek reelection this year.

We will continue to monitor how these shifts factor into Congress’ ability to pass a FY 2019 agriculture spending bill by the end of the year. The original deadline for passage (September 30) of the outstanding spending bills was already extended through Continuing Resolution until December 7. We’ll be watching to see if the 115th Congress is able to come back to the table following the midterms, or if they’ll be forced to fully extend FY 2018 funding levels without reaching a FY 2019 agreement.

Farm Bill and the Lame Duck

Top of mind for most farmers and sustainable ag-advocates in the nation is the fate of our next farm bill; the 2014 Farm Bill officially expired on September 30 of this year, throwing “tiny but mighty” programs into limbo and threatening the ability of many others to continue supporting family farmers, researchers, and food-producing communities. The National Sustainable Agriculture Coalition (NSAC), along with many of our allies in the food and farm communities, have advocated for Congress to pass a strong bill that invests in sustainable agriculture policies by the end of this year (during the lame duck session).

The leaders of the Farm Bill Conference Committee have repeatedly said that they wanted to strike a deal and pass a bill during the lame duck. Now that the House has flipped to Democratic control, the big question will be whether House Republicans will come to the table and negotiate a bipartisan bill. Agriculture Committee staff have been working hard to negotiate differences between the two bills throughout the congressional recess, however, the current, hyper-partisan version of the House-passed bill has routinely been denounced as irreconcilable with the bipartisan Senate bill.

While NSAC continues to urge this Congress to come back to town and finish their job of getting a strong, bipartisan farm bill passed before the end of the year, a deal still may be out of reach. If that is the case, then the job of finishing a new farm bill will be on the desks of the new Congress once members arrive in January of next year.  If Congress is unable to finalize a farm bill this year, then NSAC would urge the new Democrat-controlled House to go back to the drawing board on their version of the next farm bill and follow the example set by the bipartisan Senate bill.

In either scenario, we are advocating for a final bill that: advances conservation activities and sustainable agriculture; stems consolidation and economic concentration in farm country; supports nutrition and food access programs; and provides much-needed resources for historically underserved farmers and ranchers, local and regional food systems, and rural development.  Feeding our nation and supporting our family farmers should not be partisan issues. NSAC remains committed to working with all Members of Congress to support these and our other priorities for a strong, sustainable, and equitable food and farm system.