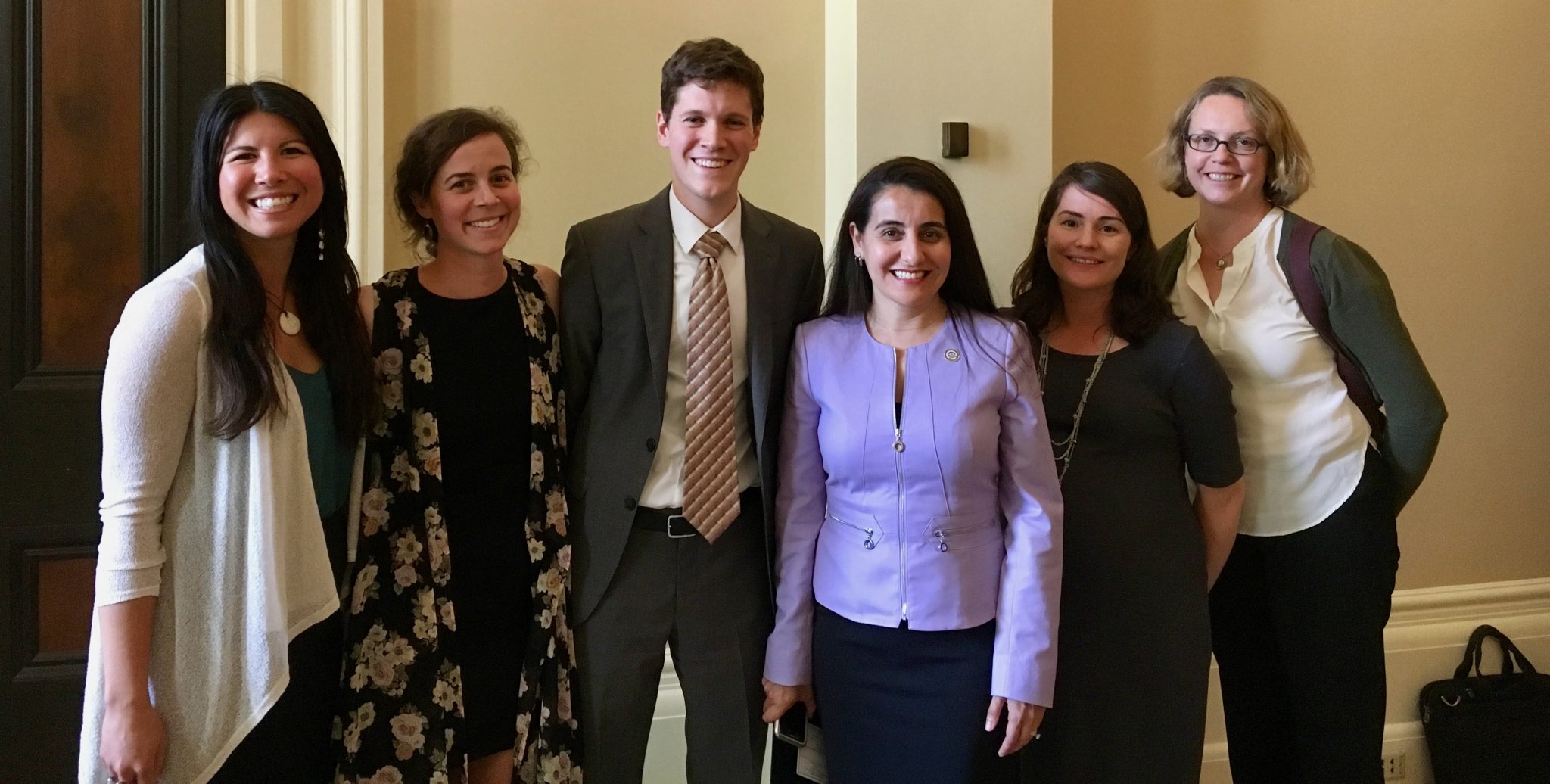 In the final weeks of the legislative session, CalCAN’s two sponsored bills failed to advance.  Below we provide an update on those efforts along with other bills that the coalition worked on this year.

In the last few weeks of the legislative session, we heard that the Governor’s administration wanted to hold all bills relating to climate change adaptation and resilience to give them more time to develop their work in this area. We had hoped that would mean AB 409 (Limón) would become a two-year bill, allowing us to pick back up the bill where we left off next year. Unfortunately, that was not the case, as the bill was killed in the Senate Appropriations Committee toward the end of the session in spite of the unanimous support it had received in all prior committees.

AB 409 would have established an adaptation planning tools competitive grant program at the Strategic Growth Council (SGC), administered by the CA Department of Food and Agriculture (CDFA).  This effort came out of our climate adaptation listening tour last year where we heard from farmers and other agriculture professionals the need to incorporate climate risk science into their business management plans.

Given the strong bipartisan support for this bill, we will likely pursue this effort again. Many thanks to the farmers and advocates who supported AB 409.  More to come in 2020.

AB 1086 (Bauer-Kahan) following opposition to the bill by Farm Bureau and others, became a two-year bill in the second house, the Senate. This meant that we would have the fall and early next year to work through those issues and see if we could find resolution on this effort to establish the State Water Efficiency and Enhancement Program (SWEEP) in statue and updated the program.

Among those changes proposed to SWEEP was to fund irrigation management training for SWEEP recipients so they can effectively and meaningfully achieve the water and energy savings potential of their new state-funded irrigation system. The bill would also require recommendations to CDFA from a technical advisory committee on a number of issues, including incorporating groundwater sustainability concerns into the program.

However, in the waning days of the session, the author decided to use the bill as a vehicle for another effort, essential killing the SWEEP bill effort for this year.  This has been a tough year for this popular program, which did not receive funding in FY 2019-20, leaving the program with just $10 million for one more round of applications later this year. In the coming year, we will be working with partners on making the case for SWEEP and its reforms to the administration.

CalCAN also worked on a number of other bills this session, including the following:

AB 293 (E. Garcia) – CalCAN supported this effort to provide guidance to the California Air Resources Board on offsets reform. The author took our amendments that require the Compliance Offsets Taskforce to review how groups of landowners might work together to develop offset projects, to allow small and mid-scale producers to participate.  The bill was signed by the Governor.

SB 253 (Dodd) – The bill would have created the Environmental Farming Program at CDFA to provide financial assistance for farmers interested in developing wildlife-friendly conservation projects on their farms.  After the author accepted a number of our proposed changes to the bill, CalCAN moved to a support position.  The bill did not advance out of the second house appropriations committee.

SB 45 (Allen) – The bill would put a natural resources climate adaptation bond measure on the ballot next year. Because the bill provides inadequate funding for agricultural activities to address climate change, CalCAN took a “support if amended” position on the bill.  The bill is now a two-year effort and will be picked back up next year along with AB 352 (E. Garcia) and AB 1298 (Mullin), two other climate bond efforts. CalCAN will continue to engage, with our partners, on the bond debate.

Overall this year, the legislature and the Governor did not make meaningful advancement on the issues of climate change and agriculture.  As we reported earlier this year, investments in climate smart agriculture were cut overall this year, with the notable exception of a large increase in funding for the Healthy Soils Program. Efforts to advance climate adaptation and resiliency policy failed to gain support from the Governor. Last-ditch efforts by some in the legislature to pass a climate bond, while unsuccessful, would have left behind any meaningful investment in agriculture and food system resiliency.

We will continue to build our alliances with rural and urban partners to make the case that sustainable agricultural solutions to a changing climate are necessary for our food security, health, and long-term viability.

Thanks to many of you for signing on to letters, making phone calls and joining in meetings with your elected officials as we work together to advance sustainable agricultural solutions to climate change. Your efforts make this work possible.

If you have any questions about this year’s legislative session or would like to get more engaged, feel free to get in touch with me (jmerrill@calclimateag.org) or our Campaign Organizer, Lauren Lum (lauren@calclimateag.org).